The Ontario Rett Syndrome Association (O.R.S.A.) Board of Directors has unanimously approved the funding of two research grants totaling $150,000 from the Hope Fund for 2019. This is the largest amount approved in a single year. With this release, the Hope Fund has funded over $500,000 in Canadian research to date.

$100,000 is awarded to Dr. John Vincent and Dr. Juan Ausio. Their project, entitled Therapeutic small molecules and peptides targeting missense mutations in Rett Syndrome, hopes to find molecules that interact with mutant MECP2 proteins in such a way as to make good candidates for drug therapy. They have already received an award for free molecular design, which will be able to screen ~10 million molecules to find ones that will target specific residues within the MECP2 binding domain. They will then be able to test the successful candidate molecules to see which will reverse the molecular deficits in MECP2, paving the way for preclinical studies. Reviewers have stated that these “precision medicine approaches are at the forefront of neuroscience”.

$50,000 is awarded to Dr. James Eubanks for his project entitled A Preclinical Trial In MeCP2-Deficient Mice To Test The Repurposing Potential Of An FDA-Approved Drug For Use In Rett Syndrome. This proposal is aimed at providing symptomatic treatment to reduce the burden of mitochondrial dysfunction in Rett Syndrome, using an already-FDA-approved drug. This study is based on promising preliminary mouse data and is simple in concept and scope. It has the most immediate relevance to individuals with Rett syndrome as it is investigating the potential for a drug already in circulation to be used to ameliorate symptoms.

The Hope Fund was established in 2014.The funds for this research grant were raised through donations and fundraising activities. O.R.S.A. continues to support research excellence and the development of a wide scope of Rett syndrome research across Canada. 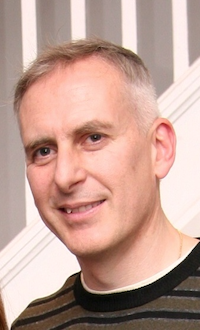 Dr John B. Vincent completed his Ph.D. at University College London, UK, in 1994. His work included early genetic studies of autism spectrum disorders (ASD), with Profs. Hugh Gurling, Patrick Bolton and Sir Michael Rutter. After moving to Canada in 1995, he worked with Dr Jim Kennedy at the Clarke Institute of Psychiatry, then with Dr Steve Scherer at The Hospital for Sick Children, Toronto. Since 2002, he has worked as a Senior Scientist at CAMH, and Professor, Dept. of Psychiatry, University of Toronto, and cross-appointed as a full member in the Institute of Medical Science at the University of Toronto. His work is mainly on the genetics of neurodevelopmental disorders, including Rett syndrome, focussing on X-linked genes such as MECP2 and PTCHD1, as well as identifying many new autosomal recessive genes through studying consanguineous families. Many of the genes discovered have since become integrated in standard genetic diagnostic testing gene panels. In 2004, he co-authored a seminal paper on the identification of an alternative version (isoform) of the Rett syndrome protein, MeCP2, and identifying the first Rett mutation in MECP2 exon 1, with the implication that this new version is the relevant isoform for Rett syndrome (Mnatzakanian et al, 2004). This has since been shown by numerous studies to be correct (e.g. Yasui et al, 2014). Dr Vincent’s group also identified the gene PTCHD1 as a new X-linked gene for ASD (Marshall et al, 2008; Noor et al, 2010; Chaudhry et al, 2015; Ung et al, 2018). Dr Vincent has published over 150 peer-reviewed research papers, including 11 on Rett syndrome and MECP2. 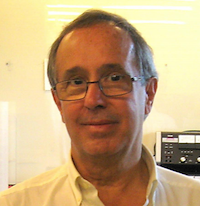 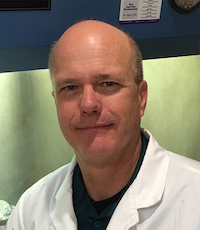 Dr. Eubanks is a neurobiologist at the Krembil Research Institute in Toronto, Canada – the home of the world champion Toronto Raptors. Dr. Eubanks came to Toronto in 1992, and started his own independent laboratory in 1994. The focus of his work at that time focused on defining how epigenetic factors influence the sensitivity of the brain to epilepsy and stroke. In the early 90’s, MeCP2 was one of a relatively small number of epigenetic factors that had been identified, which is why his group was examining MeCP2 before its role in Rett syndrome was revealed. With the identification in 1999 that MECP2 mutations cause Rett syndrome, his interests shifted towards delineating how MeCP2 normally regulates brain development and function, and to identifying how the absence of MeCP2 affects brain activity. By identifying deficits caused by MeCP2 dysfunction, his work has identified targets for rationale drug development programs working to develop Rett syndrome treatments. The first clinical trial based on his research has now received approval from Health Canada and will soon begin. Dr. Eubanks conducted his training in the United States, where he received a bachelor’s degree from the University of California, Davis, and a PhD degree from the University of California, San Diego. Upon completion of his Doctoral degree, he then conducted postdoctoral training at the Salk Institute and at Duke University before coming to Toronto. He is currently a Senior Scientist and Division Head at the Krembil Research Institute in Toronto, and a Professor at the University of Toronto. He is member of the Scientific Advisory Board for the Ontario Rett Syndrome Association, the International Rett Syndrome Foundation, and the University of Toronto Epilepsy Research Program. His lab is currently funded by the Canadian Institutes of Health Research, the Ontario Brain Institute, the LouLou Foundation, and the National Institutes of Health.