Some of  those affected with Rett syndrome would love to have their voices heard.  Well that is the case for Abby Congram.  Abby is 14 years old and finally has a voice to be heard with her new Tobii  eye gaze technology.

O.R.S.A.’s president Terry Boyd was interviewed in Ottawa and provided insight to the debilitating disorder.

Scientists at the Toronto Western Research Institute at the University Health Network have revealed restored function in the Rett syndrome mouse model across a broad range of symptoms. The study was led by Dr. James H. Eubanks, PhD and recently published in Human Molecular Genetics (Pubmed abstract).

Rett syndrome is a severe neurological condition that affects mostly females.  The Methyl-CpG-binding protein 2 (MeCP2) gene studied by the Eubanks group may also be implicated in other X-linked genetic conditions, such as Angelman syndrome.  Rett syndrome presents in similar ways to Autism and to movement disorders such as Parkinson’s disease.  Therefore, scientists look at these kinds of discoveries with great interest.

Previous studies have shown that symptoms of Rett syndrome may be reversible.  In 2007, Dr. Adrian Bird, PhD discovered that delayed MeCP2 reactivation in the mouse model resulted in improvement in many Rett-like symptoms.  Dr. Eubanks explains, “This was a monumental study, but it did not test whether or not specific behaviors with direct relevance to those seen in Rett syndrome, or alterations in brain wave activity patterns, would be improved.  We wanted to use a battery of tests to see if the rescue would apply across the board to different regions of the brain, and improve the circuitries responsible for these different behaviors.”

In Eubanks’ study, detailed investigations compared both male and female “rescued” mice to those with MeCP2 deficiency.  Following MeCP2 reactivation, significant improvements were seen in motor and anxiety-like behaviour, seizure activity, and regulation of body temperature.  In addition to specific behavior improvements, Eubanks says, “the strength of specific brain wave patterns are brought back to normal following reactivation.”  And the lifespan of the female rescue mice was improved to a level comparable to wild-type (normal) mice.

The significant differences in male and female mouse models of this X-linked disorder add to the complexities of Rett syndrome research.  Most scientific studies to date have focused on male mouse models.  Eubanks has extensively studied female MeCP2-deficient mice – always comparing them to the male model and wild type – because it is the gender-appropriate model for the clinical disorder.  According to Eubanks, “for most of the behavioral tests and EEG analysis we did, the females recovered to levels even better than that of the male rescue mice.”

The results from this investigation provide enormous hope for people with Rett syndrome and related conditions.  Eubanks explains, “Our work shows in the gender appropriate model of Rett syndrome, a very delayed reactivation of MeCP2 in really sick mice reverses not only their general malaise, but improves – in some cases all the way to normal levels – deficits in specific behaviors directly relevant to Rett syndrome.  The improvement involved all of the neural circuits we examined.  In the range associated with cognition and thought processing, we saw almost a complete recovery in power in the female rescue mice.  So the rescue we saw really does indicate the MeCP2-deficient brain is not damaged beyond repair.  It seems to be impaired in a way that does not prevent it from reaching a full recovery.”

Still, this study involves the mouse model for Rett syndrome.  There is work to be done to see similar results in humans.  You can’t do to humans what was done to these mice.  Studies such as this one provide further specific evidence of what might be possible in human patients.  Researchers will continue to generate ideas for treating patients when they see this remarkable potential for recovery.  For Eubanks, these results have encouraged him to pursue gene therapy for patients with Rett syndrome.  “This study shows it is possible, and we now need to develop a gene therapy system that will allow MeCP2 to be delivered in a way similar to what was done in the current study.  Our lab is currently testing a new system we think may get us closer to this goal.”

Dr. Eubanks is a member of the Ontario Rett Syndrome Association’s Research Advisory Committee. He is also O.R.S.A.’s 2012 Award of Merit recipient for demonstrating outstanding commitment to the mission of the association.  He has shown true dedication in making a difference in the lives of those living with Rett syndrome.

This work was supported by the operating grants from the Canadian Institutes of Health Research to J.H.E. (MOP-106481) and B.L.B. (MOP-286154), and a proof of concept grant from the Ontario Rett Syndrome Association. M.L. was the recipient of a University of Toronto Entry Fellowship, and S.C. was the recipient of Queen Elizabeth II Graduate Scholarship in Science and Technology. Funding to pay the Open Access publication charges for this article was provided by Canadian Institutes of Health Research Grant MOP-106481.

Kerry and Brooklyn Sparrow from Alberta had an interview on Breakfast Television to raise awareness for Rett syndrome.

This was excellent, thank you for doing your part in raising awareness in the month of October for RTT.

Holland Bloorview Kids Rehabilitation Hospital (HBKRH) in Toronto now has a complex care clinic dedicated to children and adolescents with Rett syndrome. Our first official day of clinic was May 13, 2013. Clinics are scheduled six times per year on the second Monday of alternating months.

Nancy Campbell is a registered practical nurse at Holland Bloorview Kids Rehabilitation Hospital. She is the clinic’s nurse coordinator. ncampbell@hollandbloorview.ca
This clinic provides comprehensive medical care and care coordination for individuals with Rett syndrome less than 18 years of age. The diagnosis must be made by a qualified physician based on accepted diagnostic criteria OR genetic testing confirming a mutation in the MeCP2 gene. A physician referral is required. Outpatient referral forms can be found online at http://hollandbloorview.ca/programsandservices/Referrals

What to expect at your first visit

You and your child will meet with the team for approximately one hour. We will occasionally have medical or nursing students, resident physicians and other learners with us as well. We will try to answer your questions or put you in touch with other clinicians who can. We have a team of physicians and therapists we consult with regularly, including specialists in neurology, psychopharmacology, orthopedics, sleep medicine, cardiology, gastroenterology and augmentative communication. Our speech, occupational and physical therapists can liaise with your local therapists and school team to provide specialized advice when needed. At the end of each visit, you and your doctors will receive and updated “care plan,” which is a document summarizing you child’s medical and physical needs and management plan. 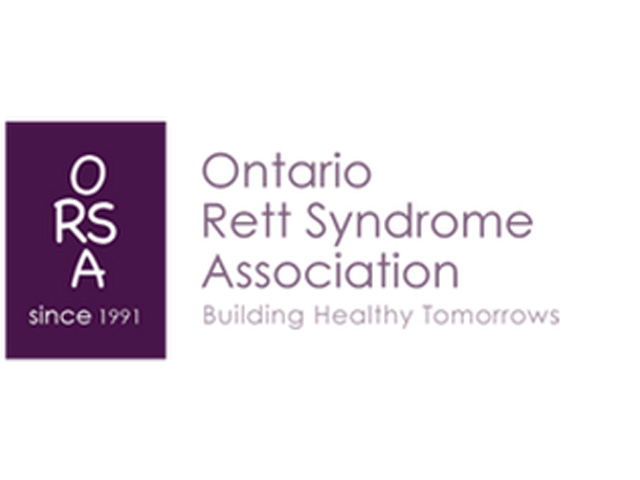 The fundraising committee is in need of some assistance in the sale of silicone awareness bracelets.  This would involve individuals to place bracelets and collection boxes in the communities they live in, similar to the poppy drive.

It will require a maintenance of 1 visit every 1 to 2 weeks depending on sales.  This is an opportunity to spread the word and raise some funds to support the association.  Please contact Darcy Balak, O.R.S.A. ‘s Fundraising Chair,  darcy@rett.ca

Darcy will get these items out to you as quickly as possible to start raising awareness.